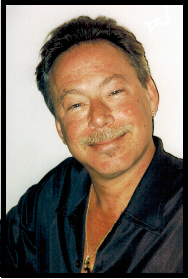 Richard Braman, Founder and Executive Director Emeritus of The Sedona Conference, passed away peacefully on Monday, June 9, 2014 in the Village of Oak Creek, Sedona, AZ. His loving wife, Margo, was at his side at the time of passing.

Richard founded The Sedona Conference in 1997 in pursuit of his dream and vision to move the law forward in a reasoned and just way. Richard’s personal principles and beliefs became the guiding principles for The Sedona Conference: professionalism, civility, an open mind, respect for the beliefs of others, thoughtfulness, reflection, and a belief in a process based on civilized dialogue, not debate.


Richard on cooperation in the practice of law

Profile of Richard Braman from The Federal Lawyer, September 2003

Testimonial to Richard Braman by Hon. Shira A. Scheindlin, September 24, 2011

Thoughts and Remembrances of Richard Braman

The Sedona Conference (TSC) is a nonpartisan, nonprofit 501(c)(3) research and educational institute dedicated to the advanced study of law and policy in the areas of antitrust law, complex litigation, intellectual property rights, and data security and privacy law. The mission of TSC is to move the law forward in a reasoned and just way through the creation and publication of nonpartisan consensus commentaries and through advanced legal education for the bench and bar.